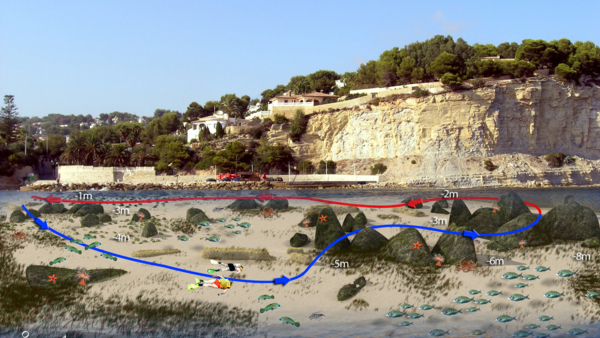 Large rocks laid out in a whimsical arrangement form passages and nooks and crannies where timid species, such as octopuses and painted combers, take refuge. 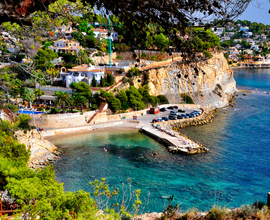 You can access the water from the sandy beach or the stairs by the rock on the jetty. Once you leave the protection of the beach, move leftward parallel to the jetty while keeping your distance from it and dive deeper. You will soon see average-sized rocks and excellently preserved Neptune Grass prairies, where huge groups of salps, which feed on this plant, can be seen grazing. 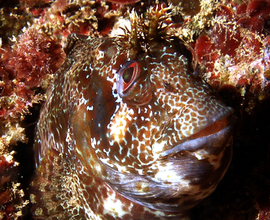 As you move onwards you will see isolated rocks. As you draw nearer to the end of the cliff, they will begin to form whimsical arrangements, forming passages and nooks and crannies where timid species such as octopuses and painted combers hide while breams and sea basses watch over their prey. The highest parts of these rocks are 2 metres below sea level, but their bases are as deep as 8 m. After moving around this “mountainous” landscape, turn back while drawing nearer to the coast, passing the Neptune Grass prairies once again as well as clumps of rocks covered in brown and reddish algae, and abundant specimens of peacock’s tail algae (padina pavonica), which bear witness to the quality of the water.

Peacock wrasse hide and barracudas patrol, hunting for garfish and other small species among the Neptune Grass. Sea stars can also often be spotted alongside their neighbours, sea urchins. 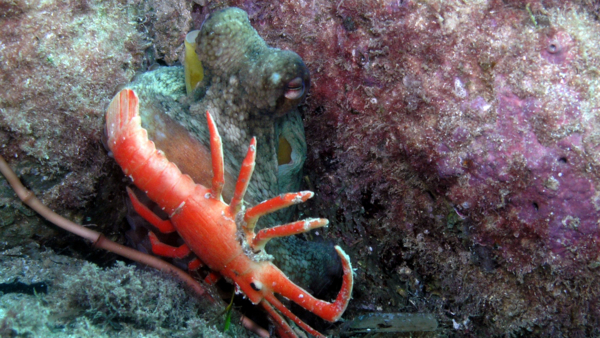 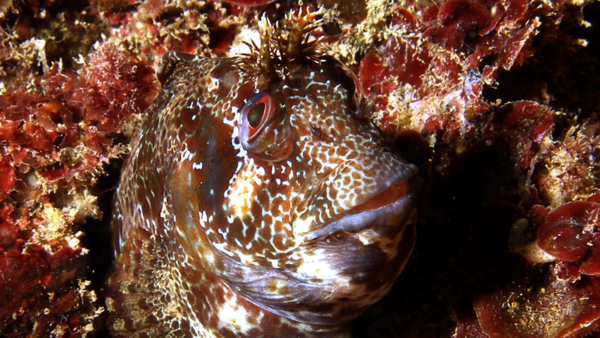 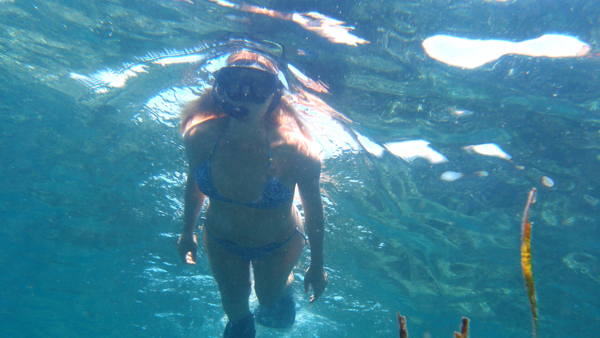 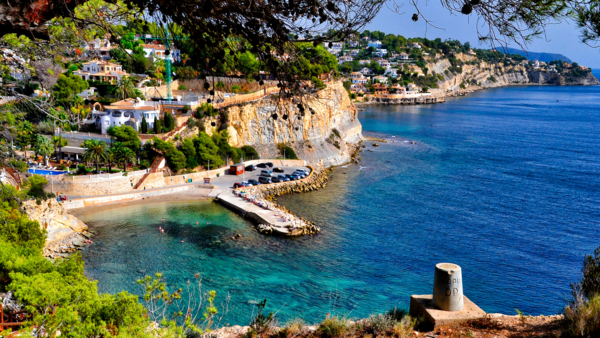