The 7 best things to see close to Valencia

Benissa is one of the towns in Alicante that stands out for its festivals. The Patron Saint Festivities in honour of the Purissima Xiqueta deserve a special mention, they take place on the 4th Sunday on April.

Go on a getaway during the festival

Here we outline the best things to see in Benissa, a town close to Valencia.

1. The lowering of the Virgin 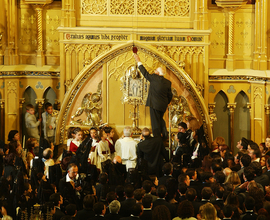 Among the events that stand out is the “baixada de la Puríssima” (the lowering of the Virgin), which consists of lowering the image of the Puríssima Xiqueta that is on the altar, using a crank mechanism, giving the feeling that the image is levitating. Then the reliquary is placed on the procession platforms and taken out on a procession throughout the historic centre. 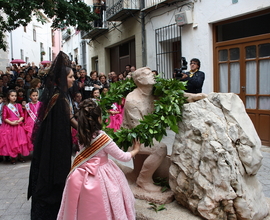 Riberer Day is another of the outstanding days of the festivals of the Puríssima Xiqueta. It is held on the Monday following the 4th Sunday of April and aims to commemorate the labour emigration of the local people of Benissa to the riverside lands (the Ribera). The emigration was so important that the Riberers ended up having their own festival, despite the disappearance of emigration, the festival continues, with different activities organised around the monument to the Riberer, such as offerings or the traditional singing of the salve (which was sung in “la Pedra de la Salve” before undertaking the journey to the Ribera), where the multitude of the people, old and young, would gather at night to sing and then a kilometre-long string of firecrackers set off. 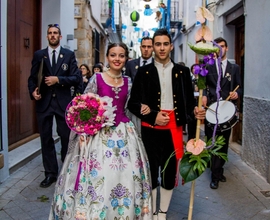 In all the festivals of the Community of Valencia, clothing plays an important role, and in Benissa too. The typical clothing of Benissa dates back to the 18th century, and is an adaptation of the style used by the rich local people of Benissa. Originally, this clothing was made from wool and derivatives, but it was not until after the 18th century when other materials were included such as silk. Of these garments, the Manila shawl stands out (a fashion introduced in the 19th century).

4. Mascletades (pyrotechnics) and the firework castle 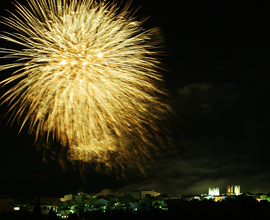 A common element of all the Community of Valencia festivals is gunpowder. In Benissa you can enjoy this art in the form of mascletades (pyrotechnic display), a firework castle and the correfoc (fire-run). Also, many children use the festivals to set off rockets, which gives Benissa a more festive atmosphere. 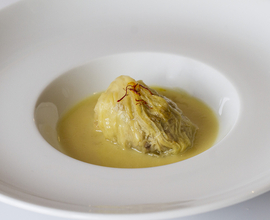 The putxero de polp (octopus stew) is the star dish of Benissa and it is a must at the Patron Saint Festivities of the Puríssima Xiqueta. In Benissa, it is typical to eat putxero on the day of the Puríssima, a very special day for all the local people (benisseros). Over the days of the festival, it is traditional to head down to the square, eat stew and see the pyrotechnic displays. 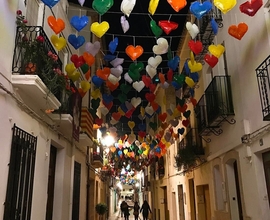 With the arrival of the festivals, many houses are painted or whitewashed. The festivals are here and it is necessary to look as good as possible. That is also the reason why the residents of Benissa decorate their streets, making the decorations themselves in the most original way, and subsequently participate in a decoration competition organized by the festival organisers of Benissa.

The festival organisers (festeros) of the year are normally locals from Benissa who are celebrating their 8th, 18th or 41st birthday that year, they decorate their home with an arch made from shrubbery in order to identify it. 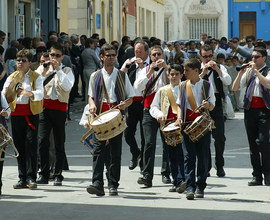 Musical is an essential element on festival days. From the daily parades, to processions, music groups accompany the festival committee during their route.

The Charangas (smaller music groups) provide accompaniment on the more informal days, during the comical parade, the día dels fadrins and the dia de les anyades. It is also possible to enjoy outdoor concerts by well-known groups, orchestras, discos and rock groups.

You cannot miss out on the Festivals of Benissa!