Moraira is a town, which in terms of administration, belongs to the municipality of Teulada. It is located on the northern coast of Alicante, in the Marina Alta region. In the post below you will find information about what to see in Moraira. Exploring the town of Moraira means discovering the art and tradition of fishing. On Calle Mar you can see the landing of the “Llotja”, the old fish market, a little further along, the dam or “margenot” stands out. Walking around Calle Almacenes, the oldest in Moraira, brings to mind the era of the raisin (19th century), the Parish Church of Mare de Déu dels Desamparats also dates back to this period.

Among the things to do in Moraira, the visit to Cap d’Or Watch Tower (16th century) stands out. You can get to it from Playa del Portet beach with a pleasant 30-minute walk. The second thing you can see is Moraira Castle, an 18th century fort that overlooks Playa de la Ampolla beach.

One of the towns near Moraira is Benissa, an outstanding town where you can enjoy the sea and mountains, with an historic centre that will transport you to another era. 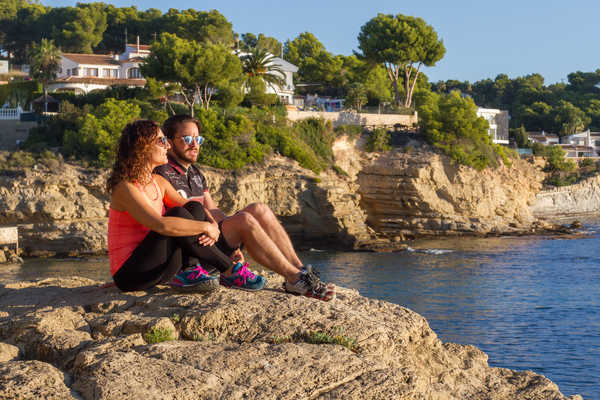 If you continue down the coast along the Moraira-Calp road, you will arrive at Benissa. The first stop is Cala Baladrar, a cove surrounded by pine trees, which has a beach bar in summer. A little further along you will come to the Platgeta de l’Advocat, the point where you can begin the ecological path of almost 4 km that connects the coast of Benissa. Along this path, you will find information panels informing you about the flora and fauna. The next cove you can visit is Cala la Llobella, the most peaceful and wild of them all. If you continue on, you will come to Cala Pinets, a small pebble and rock cove that is very charming. The next is the Playa de la Fustera, the star beach on the coast of Benissa, in summer it has a lifeguard service as well as an amphibian seat and crutches for adapted bathing. To end your walk, you can stop off at the Benissa beach Tourism Office and get information about what to do in Benissa and the surrounding area. By following the path, you will reach the end of the route, Bay of Les Bassetes, which is home to the Yacht Club. From here, you can continue along the coast to Calp. 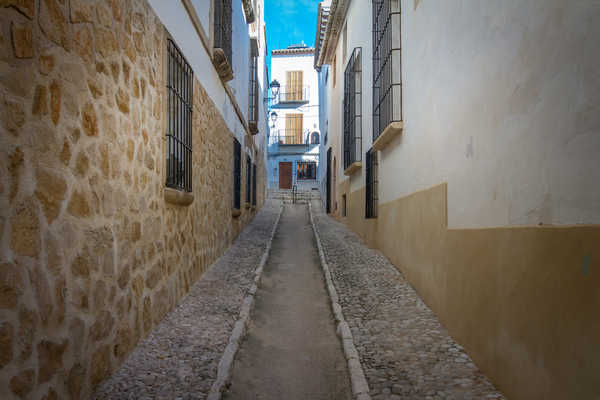 The historic centre, of medieval origin, is home to a great variety of monuments. The most outstanding among all of them is the Church of Puríssima Xiqueta, a neo-Gothic style religious building built thanks to private donations and the collaboration of the citizens of Benissa between 1902-1929, replacing the former church located on the Placeta de l’Església Vella, a very charming place. With regard to civic monuments, a large variety of stately homes dominate the entire historic centre of Benissa, especially Calle la Puríssima and Calle Desamparats. On the first, you will find the House-Palace of Los Andrés (now University Headquarters), the Cases del Batlle and the House of Los Torres, which stand out for their railings and the use of tuff stone. On the second street, you will find the home of one of the most influential landowning families of Benissa, the Casa Abargues, a house-palace that you can now visit. 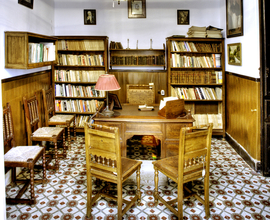 The historic centre of Benissa