Benissa, home of the Cathedral of the Marina Alta

The Cathedral of the Marina, known by that name as it is one of the largest churches in the region of Marina Alta, began construction in 1902 and was consecrated in 1929. It is 28 metres high and is neo-Gothic in style. The Church of the Puríssima Xiqueta was built thanks to some private donations and the collaboration of all the citizens of Benissa, replacing the old church, the fortified Church of Saint Peter the Apostle.

Cathedral of the Marina 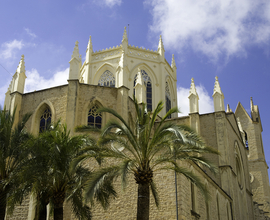 Heading towards the Church, it stands out for its grandeur. The main facade has two bell towers and a central rose window. These two bell towers can be seen from many points of Benissa. 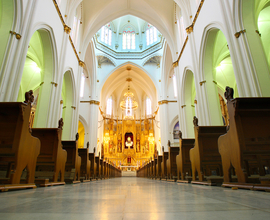 In the building with three naves, the beauty of the central dome stands out (the skylight that is in the centre of the transept) along with its altar, the resting place of the shrine which contains the image of the Puríssima Xiqueta, a work by Nicolás Borrás, painter of the school of Joan de Joanes, one of the most important Valencian painters of the Renaissance. Inside, you can look at the entry door, also known as the chancel door, a very special chancel door, as it was created by the carpenters of Benissa.

The church is 74 metres long from the main entrance to the retrochoir and 35 metres wide in the transept. With regard to the depth, in some places the foundations are 18 metres deep. 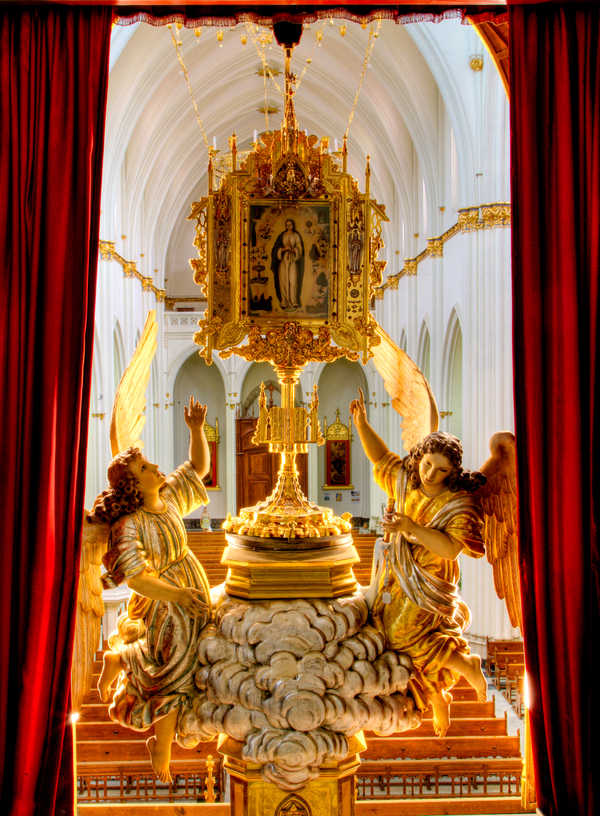 When the Church was built, no solid ground could be found, such was the difficulty that it took 3 or 4 years to build the foundations of the Church of the Puríssima Xiqueta.

During the Civil War, the Church became the Food Market. It was during this time that graffiti was discovered in the room of the image of the Puríssima, by one of the International Brigade members assigned to Benissa, the graffiti said “Tom Spiller was here” and was removed.

During the patron saint festival in honour of the Puríssima Xiqueta, the image is taken out for a procession. To this end, a spectacular hand crank system has been devised to conveniently lower the reliquary to the altar in order to then place it onto the framework for the procession, this act is known as “La Baixada de la Puríssima” (The Lowering of the Puríssima).