To visit Benissa also means to discover it through its flavours and aromas.

Would you like a blanquet sandwich or a coca de dacsa amb bacallà [maize and tuna flatbread]? Another delicious way to discover Benissa is through its flavours, with a venerable tradition that features both seafood and produce . 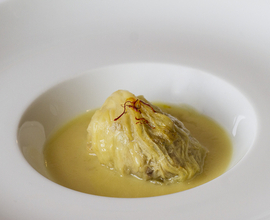 “A Benissa, pilota i missa” [in Benissa, meatballs and mass], says a well-known popular saying which is not far from the truth. Indeed, the town has a long-lasting religious tradition, with its old Franciscan monastery and its famous “La Marina Cathedral”, and it is also passionate about fine dining, “pilota”, a large meatball, being a very typical dish that is at the heart of its local stew. 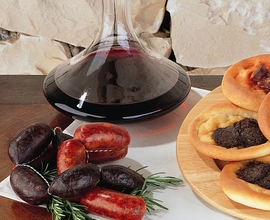 In local butcher’s shops you will find botifarres (black puddings) and sausages that are excellent for grilling, blanquets (white puddings), the traditional bufa (round pudding) and, during Easter, Easter sausage. Its sobrassada (spreadable cured sausage) is unique for its exquisite flavour, and it differs from Majorca-style sobrassada in how finely the meat is ground. It is known as sobrasada del budell cular or sobrasada de gener, as it is made during the winter months and preserved until September. Moreover, these cold cuts are used to prepare such exquisite dishes as their baked rice, putxero (stew) and traditional flatbreads with cold cuts.

To top it all, this is a land with exquisite local wines made traditionally by local producers. Benissa’s location between the mountains and the sea, with a micro-climate that receives the influence of the sea breeze known as Llebeig, which provides coolness in summer and a milder climate in winter, is favourable for grape growing, making the Muscat of Alexandria and Giró local grape varieties ever so special.

Bakeries complete this culinary tour, with a strong heritage forged over the course of centuries. The specialties you should absolutely try at these establishments are: panous (a local style of brioche), pumpkin fritters, Coca María (a light and very spongy cake), pastissets de moniato o almendra (sweet potato or almond cakes), aniseed or orange blossom 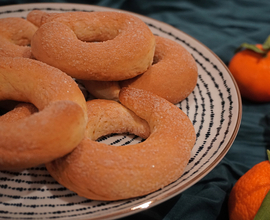